About the Author: “Mr K. C. Verma is a close friend, author of  “Stories I wouldn’t tell my mother” and ex-chief of R&AW.

You might have heard that the number of cars in Delhi is more than the number in Mumbai, Kolkata and Chennai – combined. Well, that is incorrect. It only seems like that because of the atrocious driving habits of people in Delhi. If you drive in Delhi, listen to me carefully. I am an expert because I have now been driving in Delhi for a long time. And I have the experience of more than twenty accidents!

Be aware that drivers in Delhi are extremely rude. Many a times, when I carefully slow my car a bit to send a text message to a friend, the guys behind start honking! I have noticed a similar trait amongst others who gesticulate rudely when I use my cell phone. I just can’t understand it. The phone is mine. The car is mine. So what is their problem? I must also tell you that there are crazy people out there who stare at me when I light a cigar or flick some ash out of the window. One loony actually shouted at me when I once opened my car door to spit out some paan juice. I couldn’t make out what he said because my car swerved away from his, but it sounded very rude.

There are many careless drivers on the road so my advice to anyone who is willing to listen is: “Please be careful!” Many drivers don’t even know how to use their wing mirrors. Just last week, when I overtook this girl from the left, she was not looking in the mirror. This is just as well, because her mirror broke when she hit my bumper. No great loss. She was never going to use that particular mirror. 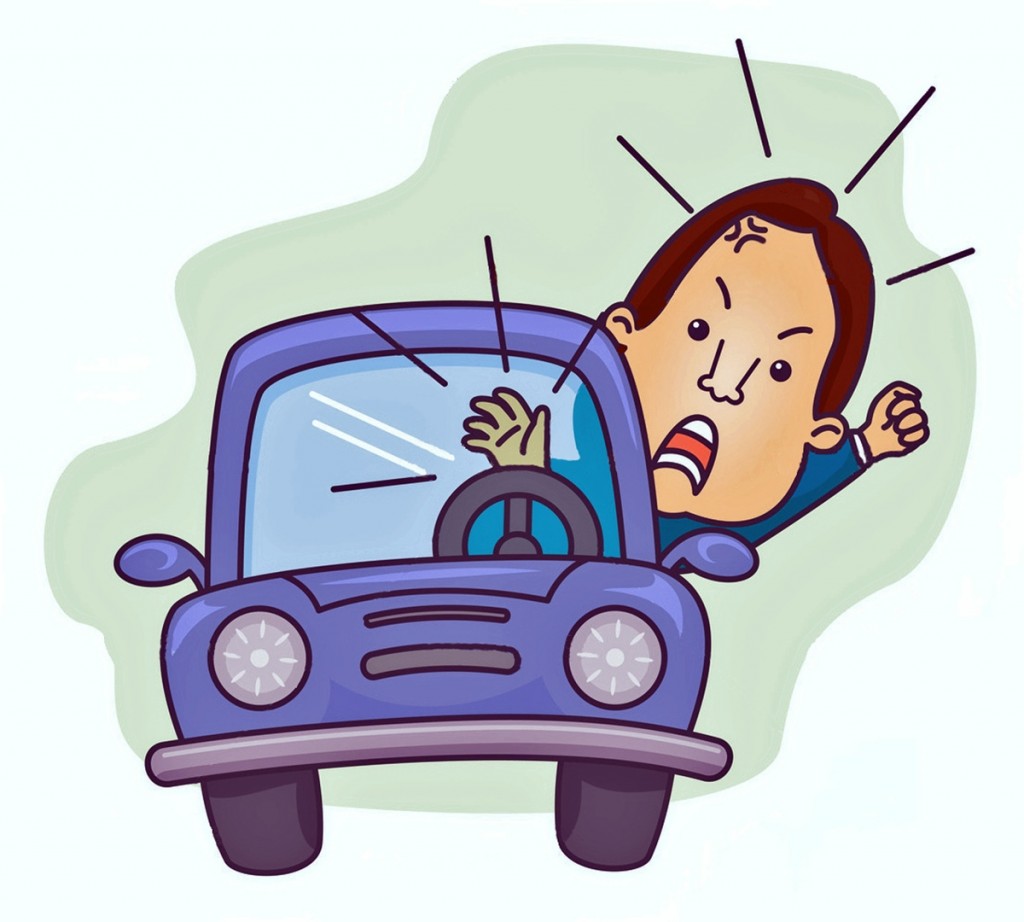 Be warned! Drivers in Delhi are so timid that they are a threat to safe driving. For no reason whatsoever, they jam their brakes suddenly. They drive at just seventy or eighty in the fast lane. And they give way to traffic on their right without any warning whatsoever. These same immature drivers brake hard when the traffic light changes to yellow. I have narrowly missed hitting many of them because, like any good driver, I speed up when the light is about to change to red. These cowards also try to make me feel guilty by promptly making way for ambulances. It makes me think that they have not heard of Gabbar Singh – “Jo Dar Gaya Woh Mar Gaya!”

Driving in Delhi is difficult also because of idiots riding around on scooters and bikes. You see them weaving in and out of traffic; many of them stupidly wearing helmets. How can they hear a horn if they cover their ears like that? Yesterday evening, just to make sure that three boys on a bike did not injure themselves, I gave a little nudge to their bike while waiting at the traffic light. I think two of them might not have learnt their lesson but the third will remember never to wear a helmet after he comes out of hospital.

It is the duty of responsible drivers like me to inculcate good driving habits – especially among the young.

These days there are many nouveau riche riding around in expensive cars. And they are such cheapskates! A few weeks back, my car brushed past an ordinary looking Lamborghini. Maybe I did leave a bit of a scratch, but you would hardly notice it from ten yards away. Yet the owner made such a fuss about it! My advice to any such Johnny-come-lately is that if you can’t afford an expensive car, don’t buy it.

Tolerance is another thing altogether missing among Delhi drivers. I was trying out my new super woofers last month. At high volume, they have a nice solid thrum and make my car really rock like a disco. And do you know what happened? This old fogey at the traffic lights shouted at me. He was so old, he was barely audible above the music. I don’t know what he wanted to say but he gave me the finger! Why can’t these old men be more tolerant? Why do they have to resent our youthfulness? Who allows them to drive around?

It struck me later that may be the old man did not like music. You see, my senile neighbour keeps complaining about the early morning school buses. Many of the bus drivers play the pressure horns like expert musicians. There is one who sends out a cheerful ‘Prum- Prum- Paa- Paa!’ Another blasts a soulful ‘Paa-paa- pee- Pee- Paa’.  My son’s school bus driver plays “Paa-pum-purum-Paa-pum-purum!’ as soon as the bus enters our street. It gives my son warning enough to rush to the gate. And if he is late, the driver belts out a gay – ‘Paa-Rum-paa-paa-Pum!’

It is just as well that the bus horns are so loud. Why? Because many people on the roads are deaf or blind. One can’t be careful enough. Last Sunday evening, I was driving along our service lane when a car coming from the other side stopped bang in the middle of the road! This chap got out and complained that my headlights were blinding him. Well of course I have to use the high beam – how else would I see his car? Funny people! Their licenses should be revoked!

Many people driving around don’t even know the rules of the road or the use of signals. One day on the highway I was alternately flashing my left and right turn indicator to show that I was undecided about which lane to take.  Believe it or not, a woman glared at me and shouted something very unladylike as she drove past. Very very unladylike!

Another important point. You should be very careful of pedestrians. They are deaf and blind and all over the place. Be especially careful near zebra crossings and traffic lights because here they can be quite aggressive.

Not only the pedestrians but others too behave as if they own the road. Why, just the other day, when I parked my car by the roadside, this aunty threw a fit. She said my car was blocking her gate. Mind you, I was not parked in her driveway or anything like that. The road did not belong to her, and I told her as much! In fact if she were not so fat, she could have quite comfortably squeezed in past my car and into her house!  And it does not end there. There was this rude man who shouted at me for blocking two lanes, when all that I was doing was driving carefully along in the middle of the road!

I think it is time that the traffic police evolved some system – a special sticker or a rooftop light – to identify cars of those that are not to be stopped for alleged traffic violations. In the past one month I must have been stopped at least five times by these dumb cops. Don’t they know who I am? I am related to the cousin of the father-in-law of the local MLA! A medium size placard above my number plate would have ensured that the cops didn’t waste time on checking VIPs like me and instead concentrated on traffic violators.

I could go on and on to belabour the point; but I am sure you understand. So take my advice – Drive in Delhi only if you must. But be careful!