– Let’s Etch this Ambition in Our Country’s ‘Score-Card’

From Major Dhyan Chand, one of the greatest hockey players the world has seen and Milkha Singh, the Flying Sikh, to Vishwanathan Anand, amongst the most skillful chess players of our times, India has produced many a legendary sportsperson. Of late, many sports women too have done India proud – Mary Com, a five-time world champion and an Olympic bronze medalist at the 2012 London Games; Saina Nehwal, India’s first badminton player to win a medal at the Olympics and Sania Mirza, the top seed double’s Tennis player in the world are only some of them. The latest to join this illustrious list is Dipa Karmakar, the first Indian woman gymnast to join the Olympics squad.

Our history in team sports has had a glittering past too, with the hockey team bringing home 9 Olympic gold medals between 1928 and 1980 and the cricket team lifting the World Cup more than once. We had made an impressive beginning in the very first Olympics in 1900, with 2 silver Medals being won by our lone athlete, Norman Pritchard. 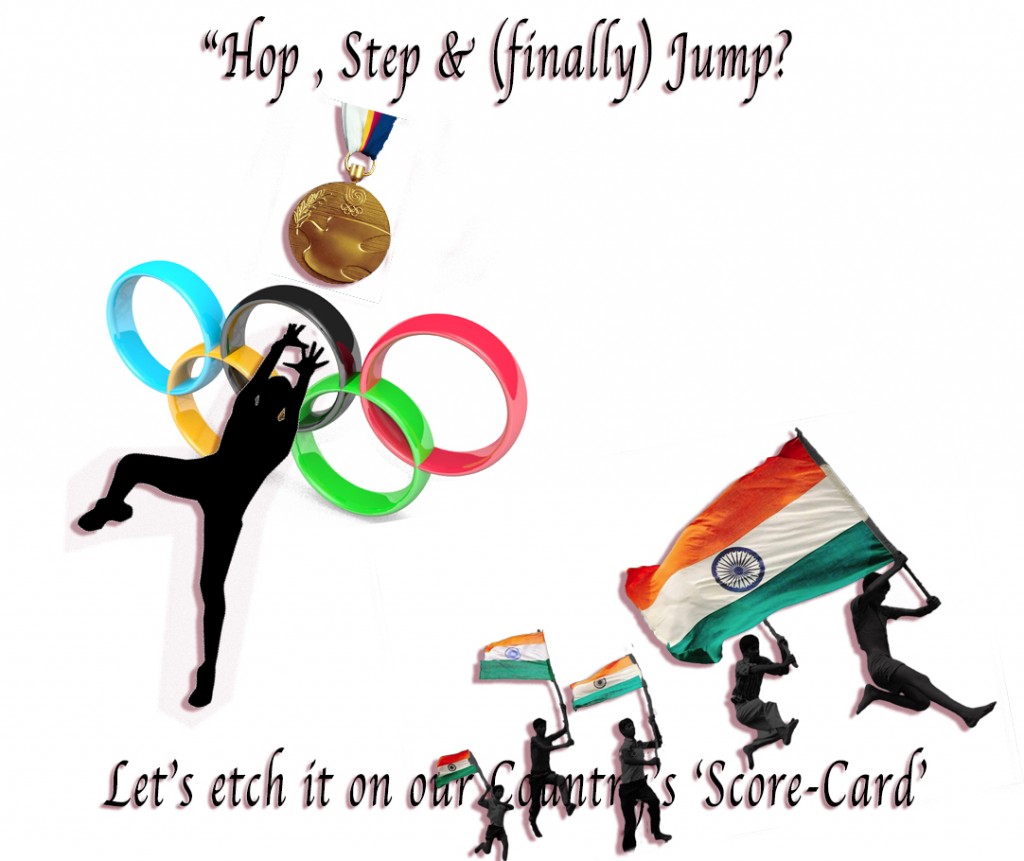 While we have had our moments of sporting glories, for a nation of 1.2 billion people these have been far and few between. I am sure, living in the various nooks and corners of our country, are hundreds of young sportspersons raring to go. Limited, perhaps by their access to sports coaching and pressures emanating from academically inclined families, they are never able to bring their talent to the fore.

Unfortunately, many ills have ailed Indian sports in the last 70 odd years since our independence. Over the years, several of India’s sports federations have had to be derecognized by the Government of India based on administrative inconsistencies. Some have also been banned by their respective world bodies for various periods of time, including the Indian Olympic Association and the Boxing Federation of India.

The recent steps to iron out the administrative challenges of various Sports Federations are a welcome change. Last week the Supreme Court of India accepted all of Lodha Committee’s recommendations with respect to BCCI’s administrative and governance restructuring. The proposed nomination of Nita Ambani, Chairperson of Reliance Foundation, to the International Olympics Association is expected to give a fillip to India’s image in the world of sports. The Boxing Federation is also expected to hold its elections in September 2016 after a two-year suspension. Actions such as these, perhaps symbolize the beginning of a new era in Indian sports.

Despite all of India’s sporting shortcomings, it is heartening to observe that the upcoming Rio Olympics will host one of the largest Indian contingents ever. A team of 121 sportspersons will hold the Indian flag high at the biggest sports extravaganza starting August 5, 2016.  Our largest Olympics contingent till now, that of 79, was in 1948! The numbers remained lukewarm till 2012, when the contingent size jumped from 56 (2008) to 83. In this sense the coming together of India’s Rio Contingent resonates the legendary Baseball player, Casey Stengel’s words “this team has come along, slow but fast.”

What was it that changed in 2008 that led to our contingent increasing by almost 50% in 2016? What inspired so many youngsters to pursue sports as a career? How did they suddenly get access to the coaching they so desired but lacked?

I believe that the turning point for Indian sports was defined by the three Olympics medals that our youngsters brought home from the Beijing Olympics (2008). Of these, Abhinav Bindra got India her first ever individual gold. It was perhaps the honor that came with India’s National Anthem being played at the Olympics; the pride in Abhinav’s eyes when he stood there on the podium wrapped in the Indian Tricolor, that inspired many more to believe in their sporting dreams. It changed the mindsets of families towards sports; it highlighted to the Indian corporates that they could play a key role in fostering India’s sports talent; it also revved up the Government’s focus on sports.

Post the 2008 Olympics there was much debate on why our sportspersons more often than not, came back home dejected and empty handed. One major reason highlighted was the generally delayed planning for the Olympics, or for that matter any sporting event – the planning often begins only about six months ahead of schedule. Long-term planning and training are the key to winning a medal. There’s much that goes into the making of a successful sportsperson – an ecosystem comprising physiotherapists, dieticians, mental trainers, coaches, injury management experts and logistic managers – all these add up to the winning streak. Till very recently these had been conspicuous by their absence in India’s sports ecosystem.

In preparation of the Rio Games, Government of India launched Target Olympic Podium, an initiative to support all athletes, two years ahead of schedule. Organizations such as the Olympic Gold Quest, brought in a system of identifying talent, planning ahead and delivering the necessary rigorous training. A non-profit organization set up by sports legends Prakash Padukone and Geet Sethi, OGQ compliments the efforts of the Indian Government and the Sports Federations. They identify and fund the best and the most deserving medal prospects for the Olympic games. It is heartening to note that twenty of the 121 strong Rio contingent are supported by OGQ.

Another positive change that I have observed is that a number of parents in India are encouraging their children to engage in sports as a career. Perhaps an outcome of some of our achievers winning accolades and world acclaim. Many have left no stone unturned to provide their children the environment to excel. Family support, I believe, can provide the biggest encouragement to fuel a dream. Shubham Jaglan, the ten-year-old son of a milkman, won two World Golf Titles last year. His father sold his cows and shut down their milk business, their only source of income, to make sure his son could pursue his passion. What kindled the passion for golf in this boy who hails from Israna, a small village in Haryana? A golfing academy set up by NRI, Kapoor Singh, took him from Israna to the Golfing Greens in the US. In the last decade or so individuals such as Kapoor as also several corporates have begun to play a very inspiring role in India’s Sports.

In 2007, a new phenomenon, that gave a fillip to many sporting endeavors, was the success of the Indian Premier League. It provided a successful model for other sports to follow, encouraging numerous Corporates to step into the arena.  The Indian Super League promoting football, the Pro Kabbadi League, World Kabaddi League, International Premier Tennis League and The Champions Tennis League are some that have been set up on similar lines. With teams sponsored by corporates, celebrities and sports management companies, India’s sports sector stood at Rs 4,806.9 crore in 2014.

While much has been happening on the ground, the Government of India, lead by our visionary Prime Minister, is pursuing the vision ‘Khelo India’.  Driven by his belief that sports can be a great means of national integration, the Prime Minister defines sports as an acronym for “skill, perseverance, optimism, resilience, tenacity and stamina”. The Minister for Youth Affairs and Sports, Shri Vijay Goyal is committed to the promotion of sports and the welfare of sportspersons. In pursuit of its Khelo India vision, the Ministry is making efforts to generate interest among the youth for participation in sports in a big way. Preparations for the 2024 Olympic Games have already begun, a big change from the past. Khelo India aims to create infrastructure facilities across the country.

In the last decade or so, India has surely taken a few leaps in its sporting journey. But we still have miles to go before we can rest on our laurels. We need to ask ourselves some pertinent questions such as Aren’t we setting the bar too low when we compliment ourselves on a 121 contingent size as against the 555 of United States and China’s 416? While a good start, is the Khelo India vision enough to ignite the passion for sports in our youngsters? Do we have a long term vision to encourage the sporting talent of one of the youngest nations in the world? Are we taking sufficient steps to build up a tally of medals that matches the dreams of 1.2 billion people and one that will do the country proud?

While these questions remain to be answered and there’s much work left to be done, the Rio excitement is building up.  And as our contingent readies for the event, I wish them the very best. The hard work put in by the coaches and the sportspersons, years of training and their dreams will surely come together to bring glory to the nation. Team India – Target the Podium and keep the Indian Tricolor flying high!