Kick Starting the Indian Startups – Getting it Right!

In my last piece I had said that the Goldilocks moment for startups was here. Indeed it is! Kick Starting the Indian Startups – Getting it Right! 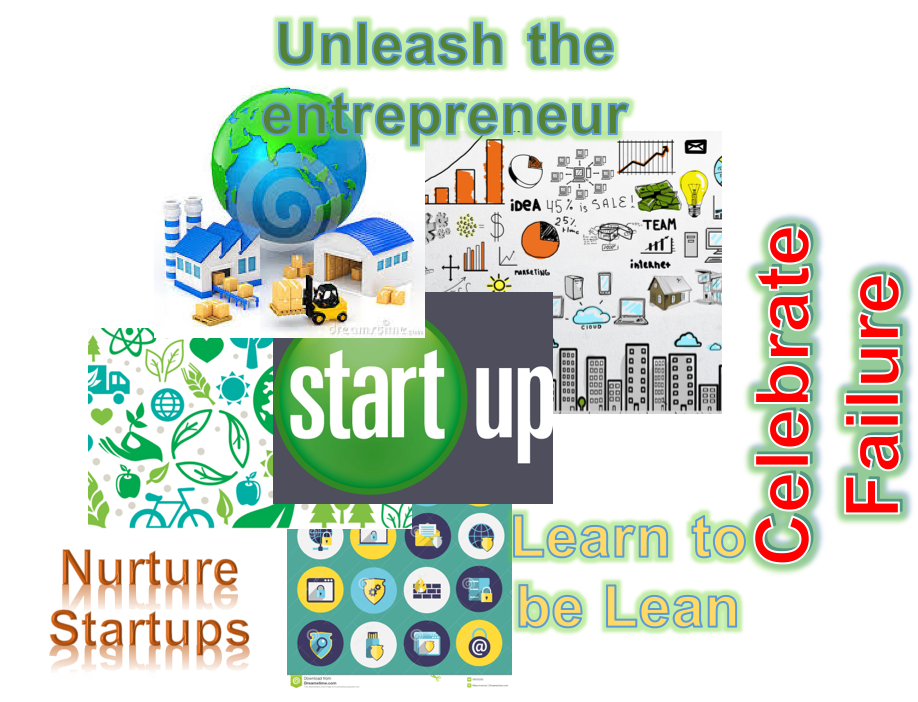 I believe that the Goldilocks moment for startups is very much here! There is a certain air of optimism around startups. Everything is just right with the government taking concrete steps to help build an ecosystem. Michael Moe, co-founder and chief investment officer of leading Silicon Valley-based investment firm, GSV Asset Management rightly summed up the startup phenomenon as the Valley having gone viral. India seems to be at the center of this viral spectacle.

The euphoria hit a crescendo with Prime Minister Modi announcing the Startup Action Plan. The framework for creating a vibrant ecosystem has been outlined in this Plan announced on January 15, a landmark day in India’s business history. Initiatives revolving around the Startups fund, easy exit, self certification are all steps in the right direction. The reforms agenda supporting this Action Plan will pan out in the budget and I’m sure it will be very encouraging of the Startups.

When everything is just right, we may end up overlooking some significant aspects of the startups story, for instance the concentration of startups in the technology or derisking small investors. I believe that for India to succeed issues such as these need focus as well.

Somewhere the brick and mortar startups are looking like bystanders.  Startup India, Standup India initiative needs to be considered in totality along with the other three very critical initiatives of Skill India, Digital India and Make in India. For India to notch up the manufacturing sector’s contribution to 25% of the GDP it is vital to encourage manufacturing startups as well. Currently, of the 4400 startups in India, over 90% are e-commerce based businesses.

According to a report by the National Association of Software and Services Companies (Nasscom) the Indian startups have already created over 80,000 jobs in the country. Going forward they can become the biggest employers creating many more upstream and downstream jobs. Yet we cannot let our country’s growth be driven by e-commerce based businesses alone. Manufacturing is critical for a strong, sustainable and inclusive growth. Manufacturing startups will not only add to the manufacturing GDP, they also have the potential to enhance our exports basket.

Let me now draw attention to another area – India’s demographics and the unique social issues emanating from the rural urban divide. India has a large population that is currently excluded from the process of growth both because of their financial constraints as well as the huge rural urban divide. There are issues of power, infrastructure, healthcare, agricultural productivity, financial inclusion, education, skilling and employment and all of these require innovative solutions. Though India is today the fastest growing economy of the world, it also has a large percentage of its population living below the poverty line. This population must get folded into the growth process and partake in it’s benefits, for us to remain ahead of the curve. There are huge opportunities for startups to come up with innovative solutions to these issues and these need to be encouraged too.

Risk of Failure and Derisking

While everything is just right for the many entrepreneurial Indians to take the plunge, we must not lose sight of the fact that startups and risk of failure cannot be separated from each other.  Infect, Silicon Valley sees a success rate of less than 10%.  This very low success rate should not become a reason for getting discouraged and walking away from the chosen path.  Two critical areas to be focused upon are the entrepreneur’s skills and derisking the funding agencies.

An OECD study of 18 countries has placed the survival rate at an average of around 60% after three years from entry, to about 50% after five years, and to just over 40% after seven years. It has also highlighted that the probability of exiting is highest when businesses are two years old, and decreases beyond that age. I believe that it is not only about encouraging entrepreneurs to take the plunge but also about creating an ecosystem that mentors and guides the entrepreneurs.

Despite the high failure rate, the entrepreneur needs to learn to welcome failure as a part of the learning curve. Structure small failures and apply the leanings to the next attempt. There can be a structure to failures that leads to new leanings. As Naseem Taleb has written in his book Antifragility, “Further, the random element in trial and error is not quite random, if it is carried out rationally, using error as a source of information. If every trial provides you with information about what does not work, you start zooming in on a solution—so every attempt becomes more valuable, more like an expense than an error. And of course you make discoveries along the way.”

There’s much more that the startup brigade needs to learn –ability to take ideas to market, managing employees as well as investors are some key skills. Most startups are founded by young individuals or groups of individuals who are bright people with equally bright ideas. But the idea makes up only 1% of the success of a startup; the rest has a lot to do with people management skills. Rahul Yadav, Founder of Housing.com is a brilliant man. At 26 he came up with a bright idea which garnered USD 110 million in five rounds of funding.  But eventually in 2015, Rahul got fired from the company, because he fell out with the investors and board members. He rues the fact that he didn’t have a mentor who could guide him through turbulent times. This is the story of many failed startups, which often go through great psychological pressure. I believe that it is the responsibility of the established and experienced industry veterans to handhold the young brigade through the growing up years. Large companies would do well to take startups under their wings, mentoring and incubating them, much on the lines of the St John’s Innovation Center in Cambridge University, U.K.

The startups also must start learning the new methodologies such as the lean startups, which replace the traditional elaborate business plans and fully functional prototypes with early and frequent customer feedback and viable product prototypes.

On another note, I would like to bring to attention the difficulties often faced by social entrepreneurs in accessing funds due to their specific characteristics including social objectives or dependence on intangible assets and the high uncertainty of the market. Traditionally entrepreneurs are known to seek funds from family and friends- which is where crowd funding finds its origins. Crowd funding matches small investors directly with projects in need of funds, mainly in early stages. Currently in India the legislation surrounding crowd funding is not clear with SEBI (for equity and security related crowd funding), RBI (for lending based funding) and Foreign Exchange Regulations Act coming into play.

There is no doubt about the fact that startups will form an important pillar of India’s economic growth over the next ten years. I reiterate that even if we get everything else right, we will not be able to get ahead in the race if we do not change our attitude towards failure. But the question is can we tune in to the new, more contemporary methodologies such as “lean startups” methodologies? Can the startups change their mindsets to consider failures as being “antifragile” and a part of the learning curve? Most importantly can we as a nation become forgiving of failures and not shy away from those who failed?