We may not be able to create our own butterfly effect that has reaching societal consequences but wouldn’t it be great if we could create our own ripples with immediate effects that we could witness? The concept of pay if forward does just that. It couldn’t have been better illustrated than it has been in the book ‘Pay It Forward’ (released in 1999) and then made in to a movie (in 2000). Who knew it would have a continuing ripple effect of its own even 15 years after its release. 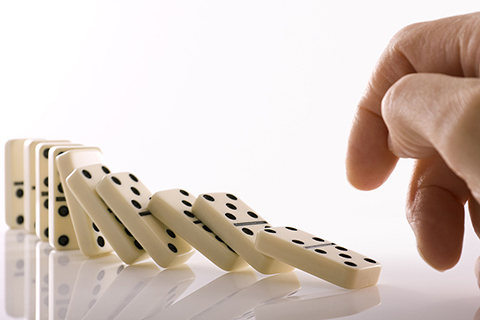 The “kindness chains” it spawned off have become fairly popular. The owner of Philadelphia’s Rosa’s Fresh Pizza, Mason Wartman, grabbed a post-it-note, wrote up a makeshift pizza voucher when a customer asked to pay for the next person’s pizza. The voucher on the wall was for someone to cash in for a warm meal. One slice turned into hundreds, which turned into thousands. In one year or so, Rosa’s has given away over 8,000 slices of pizza, feeding some 40 homeless people daily.

In one of the studies it has been proven that receiving kindness has a far more reaching effect than witnessing an act of kindness. And not surprisingly, if one looks at those leading the march, one realises it has nothing to do with age, strata or social standing.

There are people who are kind because they truly believe in their values and are oblivious to the kindness ripple they are creating. Tejinder Singh, the Sikh cab driver who has been recently named Australian of the day for feeding homeless people free curry and rice on every last Sunday of the month, was offered monetary support which he refused and encouraged others to start food drives of their own instead.

Or V. Venkatraman who provides 20 tokens for only Rs. 1, for meals each day (for the attendees of the patients who can’t afford to pay much to eat outside) at the hospital located near his canteen in Tamil Nadu. He has started receiving funds from various people across the world and from even poorer people who can afford to donate Rs. 5-10. And he doesn’t expect anything in return.

Early in my career, I realised that the lessons learned and knowledge gained from a mentor can last a lifetime. And passing on this lifetime of learning to my mentees’ over a course of time and seeing them pass on those values and learning to their mentees’, gives me a sense of satisfaction that I have done at least a bit on my part.

The Ancient Greek Author, Aesop (Aesop’s Fables) said “No act of kindness, no matter how small, is ever wasted.” It shouldn’t be a social imperative but rather a habit that is born of great values. Schools all over the world have started teaching kindness as a subject or as special projects. School trips take students to the where weaker sections of society live and spend time listening to and interacting with them. These initiatives have proven to have a deep and long lasting impact on the student’s psyche. Hopefully this is the turning point that society needed to have a ripple effect in creating a better world.