My cousin who works in the U.S. health department in Dallas was recently told by her co-worker that she is a bit too aggressive at her work domain. Being an Asian, she took it to heart and thought of it as a racist remark. However, from the likes of it, her colleague was probably stereotyping her as people in the west generally do. Our go-getter attitude is probably a bit too aggressive for the way they have been brought up – with abundance.

We as Indian parents are always pushing the children to be competitive from a young age: almost invariably, children are taught two languages (their mother tongue and English). They are taught how to play instruments and to compete in competitions, to expand their skills by learning from opponents. This results in an instilled drive to succeed by learning from a young age instead of being content with getting the participation trophy only. 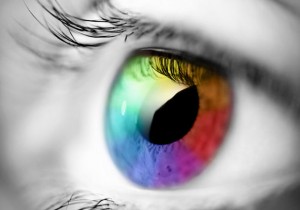 Irrespective of the strata of the society one belongs to, we push them to study and put school/studies before all else: most children in India live under strict rules throughout their lives when it comes to school and eventually it becomes habit. Families inspire their children (sometimes through guilt) to do better. The parents constantly remind them of the hardships they faced and want the children to attend a good school and have a life better than theirs.

In fact, I remember once at a dinner with Lord Bilimoria, of the Cobra Beer fame and founding chairman UK India Business Council, once remarked how even the well settled 2nd and 3rd generation Indians in UK, insist on education more than sports. He had expressed how he would like to see more Indians on the football field.

And as we grow up in this culture, striving to excel becomes a habit. We are dedicated to the pursuit of achievement because from a very young age we’re taught that we need it, to not only survive but survive well. This doesn’t stem from the fact that we are aggressive. It comes from something I pondered about in my last article. The silver lining of scarcity.

In her insightful TED Talk Regina Hartley discusses that if an organisation has to hire a candidate out of two with similar resumes but different life experiences, which one should it be? The one who clearly had advantages and was destined for success (she calls them “the Silver Spoon”) or the one who had to fight against tremendous odds to get to the same point (“the Scrapper”)? As per scientists, hardships experienced in early life which could be anything from poverty to learning disabilities can actually lead to growth and transformation referred to as Post Traumatic Growth.

So would you consider adversity and scarcity as a positive for us?

As winter seasons ends and ushers in the spring, may these harvest festivals bring you joy and prosperity.… twitter.com/i/web/st…

RT @BharatBenz1 New year, same old us! Just like the past years, in 2022, we vow to follow the pillars of our foundation and offer… twitter.com/i/web/st…

I had the privilege to moderate session at #CIIPS021 on ‘Geopolitics of Investment Strategy’. Last two years in wak… twitter.com/i/web/st…

I had the privilege to be a panellist at the #EIITF 2021 - @CWS_iift Panel Discussion on ‘Future of Multilateralism… twitter.com/i/web/st…

I had privilege to ask @NOIweala, DG, @wto “Giving a fillip to International trade, which is an important component… twitter.com/i/web/st…

RT @anandmahindra Remembering the best weekends of my youth. In ‘72 -I was 17-a friend & I used to often hitchhike from ‘Bombay’ to ‘… twitter.com/i/web/st…

RT @spectatorindex RESEARCH: Bitcoin mining uses up more electricity annually than the entirety of Argentina, according to a study by Cambridge University.

RT @FollowCII The message from @narendramodi is clear – that the goals of #ClimateAction demand universal strategies from all nat… twitter.com/i/web/st…

RT @PiyushGoyal India will take on the G20 Presidency on December 1, 2022 and is set to enter the Troika on the same date in Decemb… twitter.com/i/web/st…