Bringing out the best in others

If Virender Sehwag is a world class batsman with a high instinct characteristic, what steps would you take to bring out the best in him?

1. You will of course spend disproportionate time on his batting and help him continually iron out his tiny chinks so that his strength becomes a continuously improving super strength right? You would not spend time trying to make him a world class bowler.

If this is intuitively true, then why is it that we focus so much on ‘weaknesses’ of our team members and our children? When we facilitate plans for growth of our team members, we don’t even call ‘it’ a development need. We call it an ‘improvement’ need which creates a feeling of a gap being overcome rather than perfection improving itself continuously. 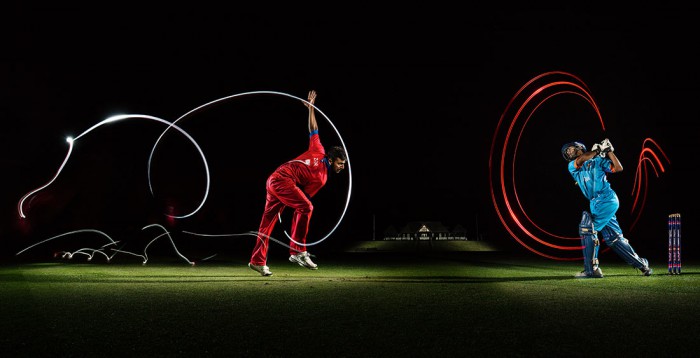 My take is to focus on intrinsic passion and strengths and have conversations with people to build on them by working in areas where these can be leveraged and helping make a significant contribution to the organization whilst converting the strength into a super strength. The world talks about it but organizations still fail to implement this diligently

2. I know Sehwag is not a Jonty Rhodes and i will expose his ‘limitation’ if i place him in outfield or positions like point and cover. He is best kept in the slips where his instincts will help him to hold on to a catch coming at high speed. I can leverage that strength. So, we help an individual to perform to his best by creating conditions where his intrinsic weaknesses are not exposed. There may be exceptional situations where the individual wishes to stretch beyond and take this challenge on to virtually ‘resculpt’ himself. By all means help him if that is his need and resolve. But don’t blindly adopt the strategy of exposing his weakness, in the hope that he will make the effort and cover it up

3. I may just need to spend some time making him more comfortable diving for the catches despite his gait; something that may not come naturally to him. So, i will find a position or a role for him that does not expose his limitation and coach him on what might be a small but important showstopper in that position, his ability to dive without too much worry.

DO NOT EVER make a laundry list of weaknesses and ask the individual to select one to work on. No one likes to stand denuded in front of public and this is exactly the feeling if such lists are made for a discussion with the individual.

4. A world class team will have world class batsmen, bowlers, some specialist fielders like wicketkeeper, perhaps an all-rounder or two if you are lucky and a leader who can help bring out the best from this entire team.

Similarly, create a balanced team where limitations or intrinsic weaknesses of one are covered by the strength of another instead of asking every individual to cover all weaknesses. Most competency based frameworks suffer from this delusion. Everyone is assessed on the competency framework of an organization that may have 5 to 9 behavioral competencies (and they are put into exalted category by calling them leadership competencies, putting a huge performance pressure on the individual to become a super human) and then asked to establish an improvement agenda.

I recently read the news about Airtel becoming the third largest telecom operator in the world behind China Mobile and Vodafone Group. In just under 20 years, it has reached this position with over 300 mm subscribers. Whilst everyone knows about the visionary behind this feat, Sunil Bharti Mittal, relatively fewer people know about Akhil Gupta, the master strategist and the right hand man of Sunil for all these years. They have been a great combination. Sunil is a visionary and Akhil is a master architect and strategist who was able to translate this vision into a strategy that became a role model in the world (Airtel’s outsourcing of their network, IT and call centre is now legendary and a case study and many companies have followed this approach after Airtel led the way in the early 2000s to cement its place in history.)

Whilst it was no doubt a team effort, but Akhil had a big role to play in getting Airtel to move along this path. Sunil of course provided the entrepreneurial leadership and his deep relationship building and management ability to pull this off as a team, well aided by some of the other key members of that team.

Now imagine if an over enthusiastic HR Chief was drawing up a development plan for Sunil Mittal and Akhil Gupta. It just might ask Sunil to develop more in the area of processes and focus more on strategy and guide Akhil’s development plan to become more visionary and develop deeper relationships with stakeholders.

Such a plan would be an unqualified disaster.

And yet, day after day, i see this strategy being applied in even the more advanced organizations and i wonder if there will be light simply because one asks ‘let there be light’.

I hope these serve as your touchstones in your quest to bring out the best in people.