Butterfly Effect, Kindness Boomerang or both?

The butterfly effect, quite simply put, propounds the theory that the flapping of a butterfly’s wings in one part of the world can cause a typhoon in another part. Basically, a very small change in initial conditions can create a significantly different outcome. It’s a charming idea. No wonder the world is besotted by its inexplicable intricacy and believe in the interconnection between all things that is nature. As John Muir had quoted (and this quote is often misquoted!), “When we try to pick out anything by itself, we find it hitched to everything else in the Universe.” 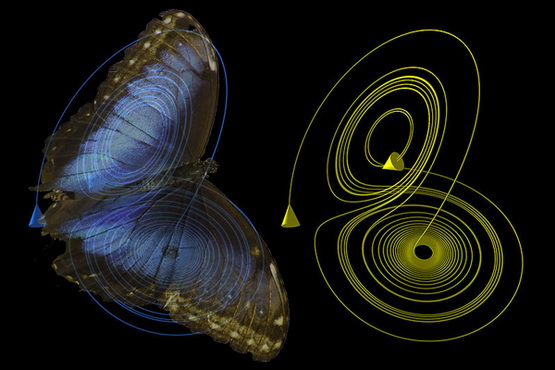 But can a mere flap of an insects wings can cause a tornado? And is it really possible for a small action to have a significant impact? While as a mathematical theory it’s under debate (mostly because it gets misconstrued often), however, metaphorically speaking it does poetic justice to life. Come to think of it our every word, every action and every movement actually has a stirring effect.

Like when Chris Rosati, a man suffering from ALS and impending death, decided to experiment with butterfly effect to seeif it can be applied to kindness. He gave two young girls (strangers to him)whom he saw eating at the restaurant (one 13 and one 10 years old) $50 each and asked them to do something kind with the money. The girls decided to send the money to a village in Sierra Leone where their father had volunteered in the Peace Corps. The village held a feast to celebrate being Ebola-free. After a couple of months Chris received a mail from the girls with pictures of the villagers holding the placard “Thanks a lot for spreading the kindness Chris Rosati”!

Mike Dooley author of The Art Of Living Your Dreams said “This universe we live in is simply a sea of energy, and everything we think, feel and our actions creates ripples in the water that eventually reach other people”. Nothing you do is insignificant or unimportant. Every single act of kindness creates a new string of positive vibrations that did not exist before. Whether we want to create a tornado or a rainbow is really up to us. Sharing one of the most popular and beautiful videos which shows “kindness boomerang” at its best.

It really is the smallest acts of kindness, being present and noticing the existence of other beings, which create real moments of connectedness and happiness, however short-lived they might be, they are bound to make a difference.

So are we ready to create our ripples?