– A Challenge and a Mission-

Technological advancements and digital platforms are today transforming the world beyond recognition. The automotive sector is experiencing these tectonic shifts as well. With Vehicle to Vehicle Communication, data analytics, pre-collision assists and Internet of Things at work, I believe we are truly living the future of automotive sector.

The advancements in conventional technologies such as ECUs and embedded systems are leading to an increasing inclination towards electric, electronic and hybrid cars. Connected cars are already a reality and autonomous cars have found their way to the roads from the drawing boards. The ever dropping costs of hardware have further helped to blur the line between the Physical & the Virtual world. 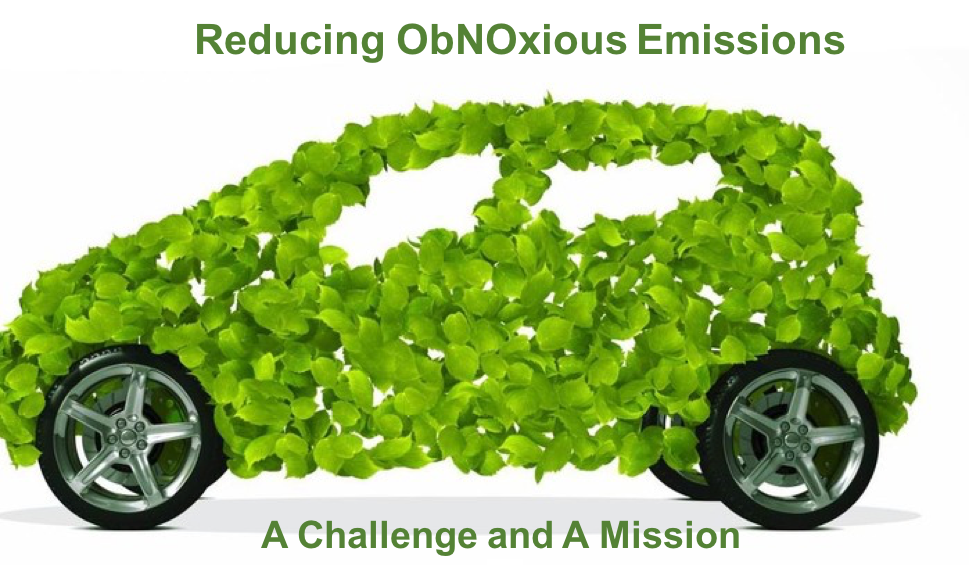 These technological advancements bring with them a host of future opportunities as well as challenges. Increased use of embedded technologies, an ever more discerning customer, adhering to safety standards and increasing cost pressures are only some of these. Global automotive manufacturers are successfully innovating to leverage the opportunities and address these challenges.

Simultaneously, the industry is addressing one of the biggest technical challenges facing them – compliance with Euro 6 standards. The proposed standards are more stringent for diesel vehicles as compared to their petrol variants. An American study has revealed that diesel-powered motor vehicles that accounted for about 4 percent of the fleet on the US roads were responsible for about half of the on-road NOx emissions. In 2013, while gasoline-powered motor vehicles (over 90% of the vehicle population) contributed 2,365 kilotons; in comparison, diesel-powered motor vehicles contributed 2,125 kilotons of on-road NOx emissions.

Euro 6 standards, which phased in from September 2015 across the European Union, are focused on controlling nitrogen oxides (NOx) emissions, CO2 emissions and release of Particulate Matter (PM) from vehicles. The norms set are stringent and not easy to achieve. For diesel cars, the acceptable NOx levels are set at a maximum of 80mg/km as compared to the 180mg/km level under the Euro 5 emission standards. The limit for NOx from petrol cars remains at 60mg/km, the same as specified under Euro 5 standards.

What multiplies the extent of the challenge is the unalterable inverse relationship between NOx emissions and fuel efficiency of combustion engines. Additionally, new testing procedures are expected to roll in from 2017 to make the emission tests more reflective of the real world. A Real-World Driving Emissions (RDE) test for regulated pollutant emissions is being considered. To be carried out on the road, the RDE will use a portable emissions measurement system to record real world emissions.

Given this scenario, auto manufacturers have been working on innovative engineering designs and exploring new materials to comply with stricter emission norms. A 50-kg drop in vehicle weight cuts CO2 emission volume by 1g per km and also makes it more fuel efficient. Over the years many automotive companies have shifted to new materials, yet others are exploring such shifts.  But, solutions such as these are costly – according to estimates, meeting these regulations are expected to cost US automakers approximately USD 2,500 per vehicle.

This has urged some automakers to ask for a relaxation in standards for the first three years from 2017 to 2020. Policymakers, however, are planning a zero-tolerance approach on the 0.080g/km Euro 6 limit from 2020.

Given that India’s automotive sector is amongst the top 10 in the world, we cannot remain untouched by the global environment. The Automotive Mission Plan 2016-26 (AMP 2026) has envisioned India amongst the top three countries in the automotive industry for engineering, export and manufacturing of auto components and vehicles. As we work towards establishing ourselves amongst the triumvirate of the global automotive sector, we have to align ourselves to the applicable emission norms as well. To this end, in the year 2000, Government of India introduced the Bharat Stage (BS) emission standards based on the European regulations. These regulate air pollutants from internal combustion engine equipment, including motor vehicles. While BSIV standards were implemented in 13 major cities in 2010, they are to become applicable nationwide from April 2017.

Earlier this year, however, the Government announced a leapfrogging from BSIV to BSVI standards by 2020. The Government expects that with the implementation of these standards, there will be an 88.5% reduction in NOx emissions and 50% in Particulate Matter (PM) from diesel based heavy vehicles. A 25% reduction in NOx emissions of petrol based passenger cars is also expected. This move is also an effort aimed at establishing India as a “world-class automotive manufacturing hub”.

The question is whether India is in a state of readiness to leapfrog to the next level.  Do we have the regulatory framework that encourages adoption of better emission standards? Are the auto component manufacturers geared up to make the necessary investments for technology upgrades? Will refineries be able to provide the fuel mix that BSVI compliant vehicles require?

Recently the National Green Tribunal ordered that, in Delhi, diesel vehicles older than 10 years be de-registered. This order highlighted the absence of a comprehensive scrappage policy in the country. While the AMP 2026 has alluded to the repair, and recycling of automotive vehicles, components and services it does not detail the possible actions to be taken in this direction.  With no clarity on compensation to owners, these vehicles are likely to find their way to other cities. The Ministry of Road Transport has made certain recommendations to encourage scraping of old vehicle. These include discounts by automobile manufacturers and a possible cut in excise tax on the purchase of a new car and payment of a fair value for the scrap. These incentives could encourage the scrapping of an old vehicle rather than a sale in another city. The European Union as well as Canada have, in the past, successfully adopted such scrappage strategies. India could benefit from examining such successful strategies.

Administrative challenges apart, there are those that stem from the technology upgradation standpoint. BSIV to BSVI engine technologies are substantially different, making it a huge task to make the jump.  In the past, countries have taken about 5 to 6 years each to make the shift from Euro 4 to Euro 5 and then to Euro 6.  India’s automotive sector is attempting to implement in 4 years, what has globally been achieved in 10 to 12 years.

The development and integration of new technology also brings with it the challenge of making necessary investments in R&D and in Design changes. The Government’s Auto Fuel Vision and Policy-2025 envisages an investment of Rs 60,000 crore for design changes in diesel based vehicles. One such change is the incorporation of Diesel Particulate Filter (DPF) in the exhaust systems. Investments to the tune of about Rs 20,000 crore are also estimated for making petroleum based vehicles compliant to BSVI standards.

The Automotive sector is making every effort to achieve the 2020 target for BSVI and is committed to making the necessary investments. But apprehensions are being voiced on the availability of BSVI compliant fuel across the country. Since BSIV compliant engines could run on fuel meant for BSIII compliant engines, this was not a major concern in the past.  The Government is planning to invest about Rs 60,000 crore to improve fuel quality to BSVI levels.

Another challenge that needs to be addressed is the infrastructure imbalance. The concentration of vehicles in the urban areas and in Tier 2 cities is exploding. The roads in the metropolitan cities are not geared up to take the traffic load. In the last few weeks, we have seen hours long jams in Delhi NCR region. Traffic jams and consequent idling of engines produce up to twice as many exhaust emissions as an engine in motion.  A 2009 US Environmental Development Fund report about the impact of idling in New York City found that Idling cars and trucks each year produce 130,000 tons of carbon dioxide. Improving the country’s road infrastructure will go a long way in controlling vehicular emissions.

Globally, as well as in India, automotive manufacturers and governments are pursuing lower emissions standards and higher fuel efficiency targets in all earnestness. Yet, there are challenges that come in the way of achieving these. Given the technological advancements are there other alternatives that can help achieve emission targets? With advancements in electronics and electric technologies are electric vehicles a suitable alternative? What are the other technological advancements taking place in the global automotive space around emission and safety standards? I will share some of my thoughts on these aspects of the ever evolving automotive sector in my next essay.