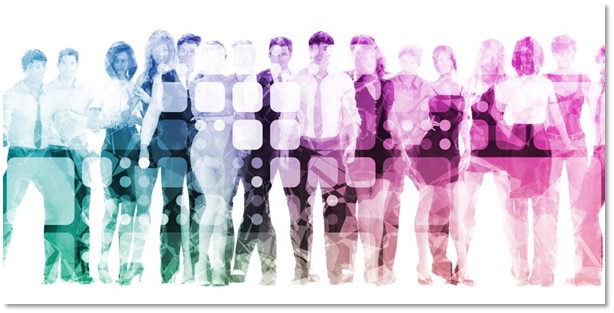 The past year has grimly made us aware of a calamity, the Covid-19, which has brutally impacted the global economy. As per latest estimates, the world economy is expected to contract by 3.5 percent in year 2020

What started as a health disaster, mutated to cause an upheaval for the geo-politics, economy & the society at large; disrupting lives & livelihoods.

In these challenging times the major brunt of the impact was felt by the women, migrant workers, daily wagers in the unorganised sector; primarily the most improvised strata of the society.

Just to put it in perspective of some data points: In the year 2020, 8.8 per cent of global working hours were lost relative to the fourth quarter of 2019, equivalent to 255 million full-time jobs. (As a comparator that working-hour losses in 2020 were approximately four times greater than during the global financial crisis in 2009.

Even though we now have a ray of hope in the form of a Vaccine the challenges of the delivery to immunize billions of people remain; and that is if one discounts the various mutations of the virus, revealed every other day.

It’s also quite evident that as economic activity struggles on the path of recovery, we are already observing a structural change impacting our lives & livelihood.

History bears witness to the fact that global pandemics have always seeded the beginning of a new chapter for the mankind, which could be very true for this contagion as well.

We’re clearly at the cusp of a defining era & an evolution of a ‘New Normal’.

The New Normal as we’re experiencing it, which even kept us connected, is a shade of how technologies are going to converge and create a new world order. A world order which would ride on digital platforms.

The digital revolution had taken root a decade back, even our visionary PM Modi made ‘Digital India’ as a mission mode program way back in 2015.

However, this pandemic has been an accelerator to the ‘Digitization’ of economies the world over.

This ‘digital evolution’ has become an essential foundational block to build an economic resilience. In fact, COVID-19 pandemic has taught economies around the world that the reach and resilience of ‘digital infrastructure’ and ‘quality of digital inclusion’ may not be an option anymore but an obligation that governments owe to their citizens.

In an ideal world every citizen, given equal rights & opportunities would be empowered to carve out their own destiny. However, that is a Utopian world; in today’s day & time, sadly, society is fragmented in a greater number of ways then may be imagined; it could be by cast, creed, colour, gender, monitory status, belief or simply by being differently abled.

For each one of these fragments, social justice is hard to come by, let alone being empowered with equal rights to function.

The positive fall out of this pandemic has shown how digitization of the economy could be an immense equalizer.

Driven by this contagion the advancement of digitization, both by private & public sector has been phenomenal in the last eight to twelve months. One can say that the digital transformation has leapfrogged five to seven years. Further it has proved beyond doubt that the digitization of the economy actually works.

In India way before the pandemic mission mode program of ‘Digital India’, disrupted the conventional thought of banking and got accolades globally by directly transferring aid to the impoverished.

The imperative to digitize rapidly riding on the success of financial inclusion model could mean delivering basic health care and providing means to skill for livelihood to the marginalized section of the society.

So digital wave of this ‘New Normal’ could Segway into e-governance, e-regulation & justice for all, which would be an era of true ‘Empowerment’

It would have the potential to reinvent the socio-economic paradigm by empowering the marginalized strata of the society, rural or urban to mainstream.

However, this acceleration of digitization has also widened the gap of the digital divide, the risk is that it may further widen making nearly more than 3 billion, who don’t have the facility to be online vulnerable.

So, it’s an imperative for all stake holders to bridge this digital divide.

‘E-Empowerment’ is in fact the best way to deliver ‘Social Justice’.